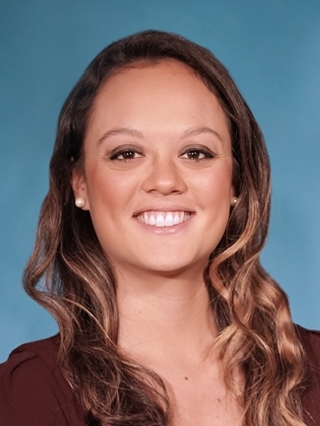 Amanda is a recent graduate of Ithaca College’s (IC) Roy H. Park School of Communications, where she earned her degree in Journalism and minored in Italian. During her time at IC, you could see her on the college’s television station, ICTV, reporting on anything from local elections to food security. Throughout her four years, she has reported, anchored, hosted and produced a variety of different news shows for ICTV.

During her senior year, Amanda won a Syracuse Press Club Award for a long-form story she did on a new ADA accessible playground in Ithaca.

Previously, she held internships at Dateline NBC and NBC’s TODAY Show. While at Dateline, Amanda spent a week in Texas where she was credited as an Assistant Producer.

When she’s not reporting, Amanda loves to find the best restaurants in town. She also has a passion for kids and was the President of a club that raised funds for St. Jude Children’s Research Hospital.

Amanda is very humbled and grateful to be telling stories in a place not too far from Ithaca College. She has a passion for meeting new people and giving a voice to the voiceless and is very excited to meet community members. If you have a story idea, feel free to reach out at amchin@sbgtv.com.