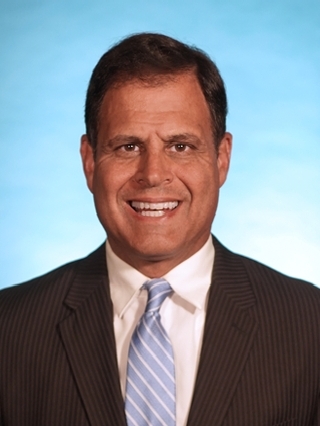 Brandon Roth is part of “Today in Central New York’s” morning team. As a roving reporter he introduces viewers to interesting events, people and places across Central New York live on the air every morning. Brandon loves a challenge and over the years has done just about everything from climbing a ten story fire truck ladder in full firefighting gear to entering the “Globe of Death” Motorcycle Cage at the Great New York State Fair.

Brandon is also an Emmy nominated multimedia journalist and has reported on numerous national stories from locations across the globe.

Most recently, Brandon followed soldiers from a local army reserve unit on their deployment to Djibouti, East Africa. His series, “Mission to Africa: The New Frontline on the War on Terrorism” was nominated by the New York chapter of the National Academy of Television Arts and Sciences for an Emmy award in the Military Reporting category. Brandon has also traveled with the 10th Mountain Division in Afghanistan as they searched for Osama Bin Laden and endured scud missile attacks in Kuwait to interview local troops as they prepared to enter Iraq. He was also the first local reporter to head to NYC Immediately following the 9/11 attacks, and spent almost a week filing reports from Ground Zero.

Brandon is a Staff Sgt. and military journalist in the U.S. Army Reserves and has been deployed twice. In addition to his Emmy Nomination, Brandon has been honored with numerous other awards. Including a national Southwest Asian Society Award for his special report on Afghanistan’s struggle to rebuild. He has also won a number of awards from the Syracuse Press Club including Best Mini Series, Best News Feature, Best Human Interest Feature and Best Spot News Story. In 2005, Brandon was awarded one of the military’s top reporting awards for his reporting on the 60th Anniversary of the D-Day invasion in Normandy, France.

Ojai, Calif. is Brandon's home away from home. He visits as often as he can to spend time with his family. Outside of work, Brandon lives in Cazenovia and enjoys playing sports, spending time outdoors, and reading.

Memorable Interview: The two days I spent interviewing my Dad about his life as we drove to visit his hometown in Indiana.

Why I'm a Journalist: To try and help people and make a difference in the community

Favorite Books: "Siddhartha", "For Whom the Bell Tolls" the “Odyssey.”

Favorite Food: Anything my mom makes