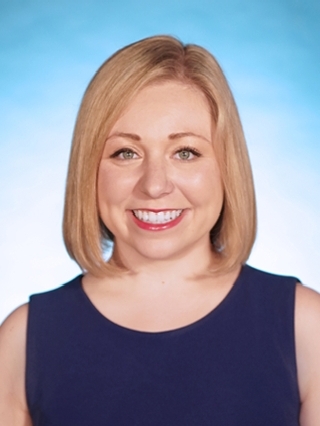 Mary Kielar is a multimedia journalist/reporter for the CNYCentral media group.

This is Mary's second stop on her journey as a broadcast journalist. Before coming back home to Upstate New York in April, she spent just under a year as a reporter for Lakeland News at Lakeland Public Television, a PBS affiliate in Bemidji, Minnesota.

While there, she was able to report on a variety of very Minnesotan things, like Bemidji Winterfest, which is held right on the frozen Lake Bemidji. She also got to take part in some traditional Lumberjack sports, like axe-throwing. The best part was getting to learn and work in a new part of the country.

Now she is thrilled at the opportunity to live in her home state and work as a reporter, all while being close to family and friends.

Mary grew up in Rochester, NY, with her parents Bruce and Teresa and younger sister Hanna. Throughout the years, she and her family were lucky enough to travel to many places overseas, which explains her constant wanderlust to explore new places and try new things. She attended Ithaca College and has a degree in Journalism, as well as a minor in French.

She loves telling stories that impact people, and finding out what makes a community special. Mary has wanted to be a reporter since the early days, and there's nothing else she could imagine herself doing.

If you've got a news story idea or just want to say hifeel free to contact her!