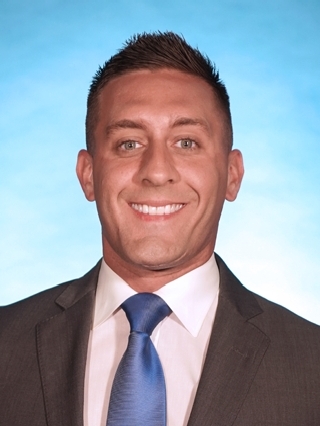 Matt is CNY Central's Weekend Sports Anchor while also serving as a sports reporter during the week.

Growing up in the East Syracuse area, Matt has always dreamed of one day returning to Central New York to cover local sports. Although he decided to venture a bit further away from home for college, he's continued to keep a close eye on Syracuse University athletics, along with the area's high school sports.

Matt brings with him nearly five and a half years of local television experience after working for two separate stations during his time in West Virginia. He began his career at WBOY-TV in Clarksburg, W. Va., first serving as a part-time sports reporter and eventually working his way up to sports director. More recently, Matt worked for West Virginia Illustrated, covering Mountaineer athletics for a group of local television stations across the state.

Some of his favorite assignments included covering a pair of Pittsburgh Pirates Opening Day's from PNC Park, along with attending the yearly Big 12 Conference Football Media Day's from Dallas. Not to mention, he was able to cover Mountaineer Football at the Liberty Bowl in Memphis and the Cactus Bowl in Phoenix, while also working a pair of NCAA Tournaments for WVU Men's Basketball.

Although it was difficult saying goodbye to all the memories he made and friends he met in the Mountain State, he was anxious to get home to the Empire State.

As a graduate of East Syracuse-Minoa high school and Onondaga Community College, Matt's Central New York roots run deep. He's looking forward to not only covering the Spartans and Lazers, respectively, but also everything else the area has to offer. Additionally, similar to most Central New Yorkers, Matt grew up an avid fan of all Syracuse University athletics, and the chance to finally cover the Orange is truly a dream come true.

If you happen to see Matt out and about, do not hesitate to say hello! In fact, any questions, comments or story ideas are certainly welcomed. You can reach him via e-mail (mhauswirth@sbgtv.com) or on Twitter (@matthaus_CNY).