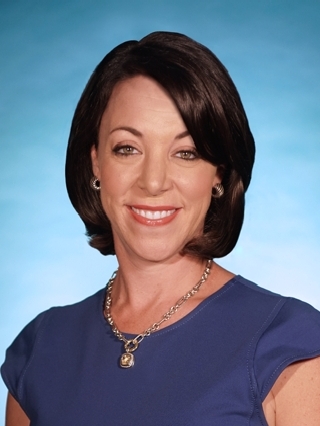 Megan Coleman anchors the 5:00pm, 5:30pm, and 6:00pm newscasts on WSTM/NBC and serves as News Content Manager for the CNYCentral media group.

The Emmy-award winning news anchor re-joined the CNYCentral team in 2003 after working as a reporter at KXXV-TV in Waco, Texas. She began her journalism career as an assignment editor at CNYCentral's own WSTM. She became co-anchor of WSTQ-TV's 10pm newscast soon after it launched in 2004 before becoming anchor of Today in Central New York on WSTM-TV.

Megan has had the opportunity to interview various newsmakers including former presidential candidates Hillary Clinton and John Edwards as well as rocker Alice Cooper. She has covered stories that have captivated the nation including the space shuttle Columbia disaster, the murder of Baylor basketball player, Patrick Dennehy and President Bush's vacations to Crawford, Texas aka the "Western White House." She chose a career in journalism because of her genuine curiosity of the world and the people and events that impact lives.

Megan grew up in Prairie Village, Kan. She is a graduate of the S.I. Newhouse School of Public Communications at Syracuse University. Megan is an Aerosmith and Stevie Wonder fan who enjoys reading, theater, and rooting for the Kansas City Chiefs. She values spending time with her husband, daughter Olivia and sons Henry and Hudson, and close-knit family and friends.