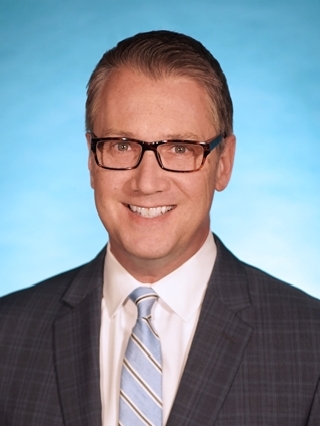 Michael has traveled the country covering events such as the 9/11 attacks, space shuttle launches and Syracuse University's victory in the 2003 NCAA basketball tournament in New Orleans.

Michael grew up in Scotia, N.Y. and earned his bachelor's degree from American University. He is a proud supporter of the Central New York chapter of the Leukemia and Lymphoma Society's annual Light the Night Walk in downtown Syracuse.

Michael loves living in the city of Syracuse, rooting for Syracuse University's Men's Basketball team, and walking his dachshund, Kaiser.

Why I'm a Journalist: I failed math miserably: every year, every course

Hobbies: Walking my dog, eating out, being with great people

Favorite Musician or Group: This changes by the day, whatever is in the top 10, usually catchy for a week, then forgettable

Favorite Movie: "Clue", which is too silly for words, and "Without a Trace", an old 80's film with Judd Hirsch and Kate Nelligan - the scene at the end is an over the top, blatant tear jerker, and it works

Favorite TV Show: "The Muppet Show", love Statler and Waldorf who would make rude comments from the balcony

Favorite Food: The Italian Sampler from Santangelo's in Liverpool, best feast in town!