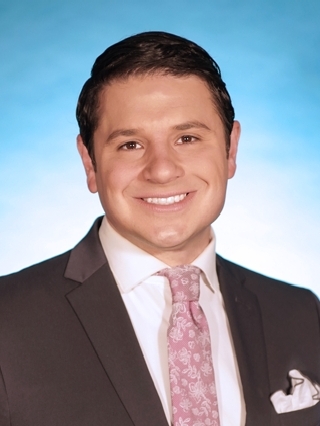 Niko Tamurian is the Sports Director at CNY Central.

Niko leads the charge on the award winning sports coverage at NBC3, CBS5, and CW6, establishing the sports department as the authority on Central New York sports.

He has won the prestigious Edward R. Murrow Award and taken home many honors from the Syracuse Press Club and the New York State Broadcasters Association for his coverage. Niko has also been nominated for several Emmy Awards.

Niko grew up in East Syracuse, graduating from East Syracuse-Minoa High School in 2003. He earned his Bachelor’s Degree from SUNY Buffalo State after earning his Associates Degree from Onondaga Community College.

Niko currently teaches “Sportscasting” at OCC in the college’s Electronic Media Communications Department. In 2012, he was inducted into the school’s Alumni Faces for distinguished graduates.

To cover the teams he grew up rooting for from the Orange to Syracuse Crunch Hockey and Syracuse Mets (Chiefs) baseball is a dream come true.

In his free time, Niko is an avid golfer, and while he’s earned a few eagles, he is still chasing that elusive hole-in-one.

But his favorite way to spend free time is with his wife Farah and the couple’s dogs: a dachshund named Jack, a Black Lab rescue named Bear, and a Pug rescue called Bogey in honor of his most frequent golf score.

Niko is proud to be able to give back to his home community, which he does by volunteering at many local charities and always lending a hand for fundraising events including facilitating charity basketball games with the team here at the station.

He’s proud to deliver the latest news and stories of his fellow Central New Yorkers, all while giving back to the community he’s called home his entire life but just as importantly, he thrives on telling the compelling sports stories that you can only find at CNYCentral.com.