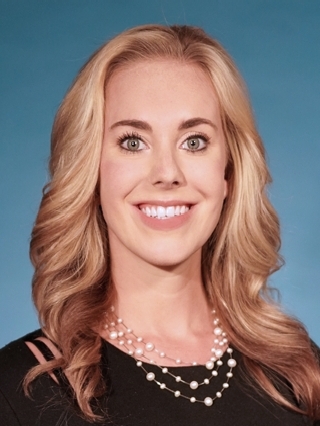 Sydney is originally from Kennesaw, GA, where she graduated with a degree in Communication-Media Studies at Kennesaw State University in 2016. She then earned her second Bachelor’s degree in Meteorology at the Florida Institute of Technology in 2019. Beyond her studies, Sydney completed a number of weather internships, including at WSB in Atlanta, WESH in Orlando, and the Georgia Emergency Management Agency.

Sydney’s fascination with weather began at a young age, when her grandmother said (on a rainy day at the beach), “You can’t control the weather.” The idea of not being able to control such a thing, sparked her interest to study and learn the valuable question of, why and how the earth’s atmosphere works the way it does. Additionally, Sydney’s uncle, who is also a meteorologist, was very influential in guiding and pushing her to follow her passion of keeping the public weather aware.

She’s spent 20 years of her life dancing and had the opportunity to be a part of the Kennesaw State Dance Team in college. Sydney also competed at the Miss Georgia Pageant earning a non-finalist talent award, while raising awareness for the Ronald McDonald House Charities. She has traveled to more than 30 countries with her family, loves being involved in the community, and is quite adventurous.

This Georgia native is thrilled to experience and explore everything CNY has to offer and is ready to tackle her first winter up North!