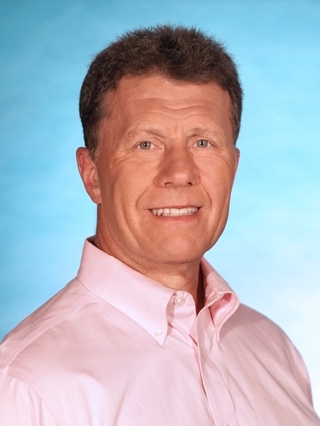 Wayne is the chief meteorologist on CNY Central's weather team. Wayne delivers the forecast on NBC3, weekdays at 5, 6, and 11 p.m. and occasionally on CW6 and CBS5.

Since joining CNY Central in 1985, Wayne has made quite the impact on weather broadcasting in Central New York. His love for meteorology spawned the tradition of broadcasting the weather straight from outdoors on CNY Central's own Weather Deck. Wayne's love for animals that led him to choose his co-star, a stray cat that wandered on to the Weather Deck, affectionately named Doppler the Weather Cat.

Wayne has been a professional member of the American Meteorological Society for more than 30 years, and holds the AMS Television and Radio Seals of Approval for excellence in weather broadcasting. In 1984, the United States Jaycees organization recognized Wayne as one of the Outstanding Young Men in America.

Wayne's contributions to meteorological education include "Wayne's Weather Workshop" for high school earth science classes and a co-authored course workbook on the science of meteorology, sold worldwide. In 2007, with the help of meteorologists Chris Brandolino and Peter Hall, Wayne developed an educational mock weather disaster that is used in the curriculum requirements for a college degree in emergency preparedness.

In 2008, Wayne founded the Priscilla Mahar Animal Welfare Foundation, a not-for-profit organization with the mission of raising funds to support animal welfare initiatives throughout Central New York. He established the organization in honor of his mother, who passed away in 2007. She, like Wayne, had a unique connection with and love for animals. To learn how you can support the Priscilla Mahar Animal Welfare Foundation, e-mail Wayne at wmahar@cnycentral.com.

Wayne grew up in Brunswick, Maine and received his training from the National Weather Service. He and his wife, Dianne, have two adult daughters, Emily and Caitlin. Wayne is an avid hockey fan who roots for the New Jersey Devils, Buffalo Sabres, and Boston Bruins. He enjoys spending time with family, and traveling.

Dream Job: Professional Hockey Player (but I'm a little too old for that now)

Role Model: My mother. She taught me that you have to work hard in this life, be nice to people, and value family.

Favorite Books: non-fiction, educational, instructional and self improvement material (Yes, I am boring)